Last minute we had an event at our home and David From Sasson catering was so helpful in making everything so easy to plan and decide on dinner menus. On the day of the event they came and set up everything so beautifully and tasteful decorations were added to the food displays. Our guests couldn’t stop telling us how amazing the taco station was, the fruit bar was so original and the list goes on how amazing our soup station was since the event was outdoors. Overall we are very happy with the out come of our event and are looking forward to to more parties with Sasson.

I have to start that it really breaks my heart to post such a review to a member of my community, but it will heart even more if someone else will do the same mistake I did. Which end up in humiliating us in front of our guest. Sassoon catering WAS one of my dream caters to work with. Had the most elegant and chic presentation. Had good services and delicious food. Finally got to work with him. Unfortunately it was only disappointing. With his wonderful way of talking he convinces you and makes your believe he provides the best of the best. With his smooth talk he sells you a Mercedes Benz and paid for that in full before ,but he delivers a Honda. On our event people asked me who was the cater, and when I mentioned SASON CATERING they thought I am JOKING. Not one or two guests, at least handful of people, claimed this wasn’t his quality of food or presentation. You can judge us anyway you want. We gave him many many opportunities to just admit and sit down and talk to us. He didn’t return calls, emails or txt. We were able to speak shortly about two weeks after the event. after many many calls that were rejected. And he was ready to sit and hear us out. Since then ignoring us. Two weeks after that again replied to a txt “ I will call you next week.” A month after, several emails and txt after, and still no response. We truly wanted to give him the chance. We understand sometime things go wrong , but at least admit it. Our florist didn’t deliver what we agreed on, she was amazing admitted it and she wanted to refund the items she didn’t deliver, such a good human being. Sason catering promises one thing and delivers another and doesn’t want to look back. Of course not, he got paid why would he?

I am shocked at all the 4 star reviews and suspect they are all from friends and family! I hired David from Sason (Shadi) catering for my wedding and after my experience I believe he is a con artist, bully, a liar and an all around crook who only cares about the bottom line. I caution anyone to think twice before using his service because you will never get what was promised and will be treated like absolute dirt. He has threatened us, treated us with utter disrespect and hung up the phone several times after we tried to calmly address the disaster that was his catering service at our wedding. Our experience: As in all vendor meetings, we met on two different occasions and went over the menu for the event. We made sure to express how important this evening was for us and set our expectations from the start so things go smoothly. At the meeting David did everything to ensure he would be “taking care of us” but demanded the payment in full. In fact, he threw the contract in my husband’s face three days before the wedding if his fees were not paid in full. That should have been a huge red flag but we were too close to the event date to change vendors. During the wedding David must have counted on the fact that we would be distracted by the festivities and not notice what was going on but we were on to him. He did not adhere to our timeline AT ALL and placed the buffet dinner out in the cold Malibu night air an hour early. Our timeline specifically stated to put out the buffet for dinner to be served at 10:30pm and instead it was out at 9:30PM. We even have a photo with a timestamp as evidence and our wedding coordinator even reminded the staff and David that dinner was to be at 10:30pm but they kept pressuring her to call over the guests early at 9:30. They were forced to cover all the food when they realized that they messed up with the timeline. Now to the food. We were missing a cake for the desert table, a stew on the main course, the chicken kabobs were terribly over salted and many pieces were undercooked, the fruit station looked more like what is left over from a week old farmer’s market haul with the “exotic fruit” he promised being 1 bowl of guavas, a bowl of blueberries and a few decorative papayas. In our conversation, he promised guavas, mangos, papayas, starfruit and gooseberries to entice us to sign the contract. What we got instead were decorative papayas that were not for serving, 3 uncut mangos, yellow wilted cucumbers, NO gooseberries, NO starfruit and all in a poor man’s display. His presentation style is cheap and minimalistic and definitely does not equate to the amount of money we paid. To add, there were barely any nuts on the table (we were promised 6-7 pounds and got maybe 1 pound) and we were charged an extra $200 for them. We were so embarrassed when several guests approached our coordinator to complain about the cold food. When we called him a few days after to calmly discuss the situation and express our disappointment, David became increasingly more defensive, with rude comebacks and threats. In the world of business it is acceptable to make mistakes, have some hiccups but how a business handles themselves and their clients is extremely important. David cursed at my husband, threatened to sue us and come after our house just simply because he didn’t wanna deal with the situation. All for what… because we called him on his bull? Save your money and choose ANYONE else! The embarrassment and disappointment is certainly not worth it for such a special occasion.

Thank you David for excellent food, presentation, and service. Our guests were very happy. I would definitely recommend Shadi/Sason catering to others!

I have been couple time in the weddings where sasson catering did and I was very disappointed. They always come up short on food and its vwry embarrassing for the host to not have enough food on the table especially kabobs. I also had a party that I talked to David while ago and the only thing he cares about is money. He wanted me to give him all the money before the event but I heard so manyvtimes that when he gets your money he will disappear and won't even respond to you. Do yourself a favor amd find another trustworthy catering. 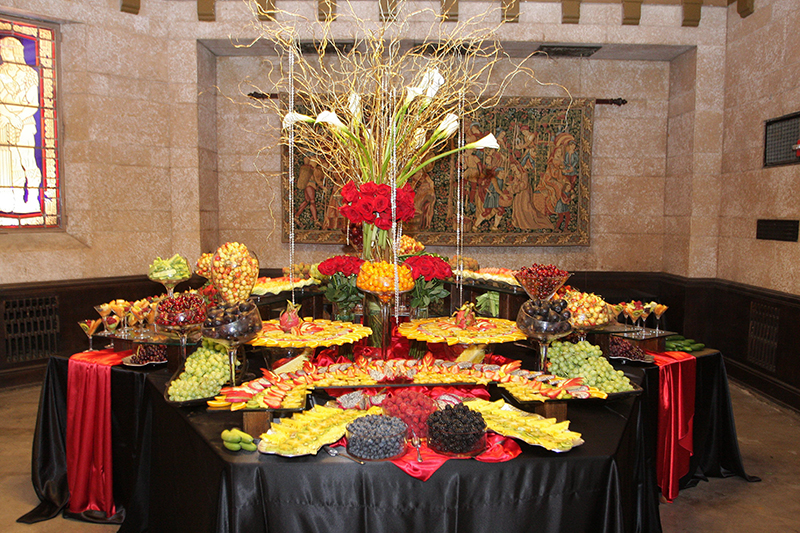